We have created this getting started guide to help you get up and running with VoiceXD. We will go through a series of examples that show you how you can go from a concept to design in a matter of minutes and show you different ways that VoiceXD helps you manage your model as it scales. 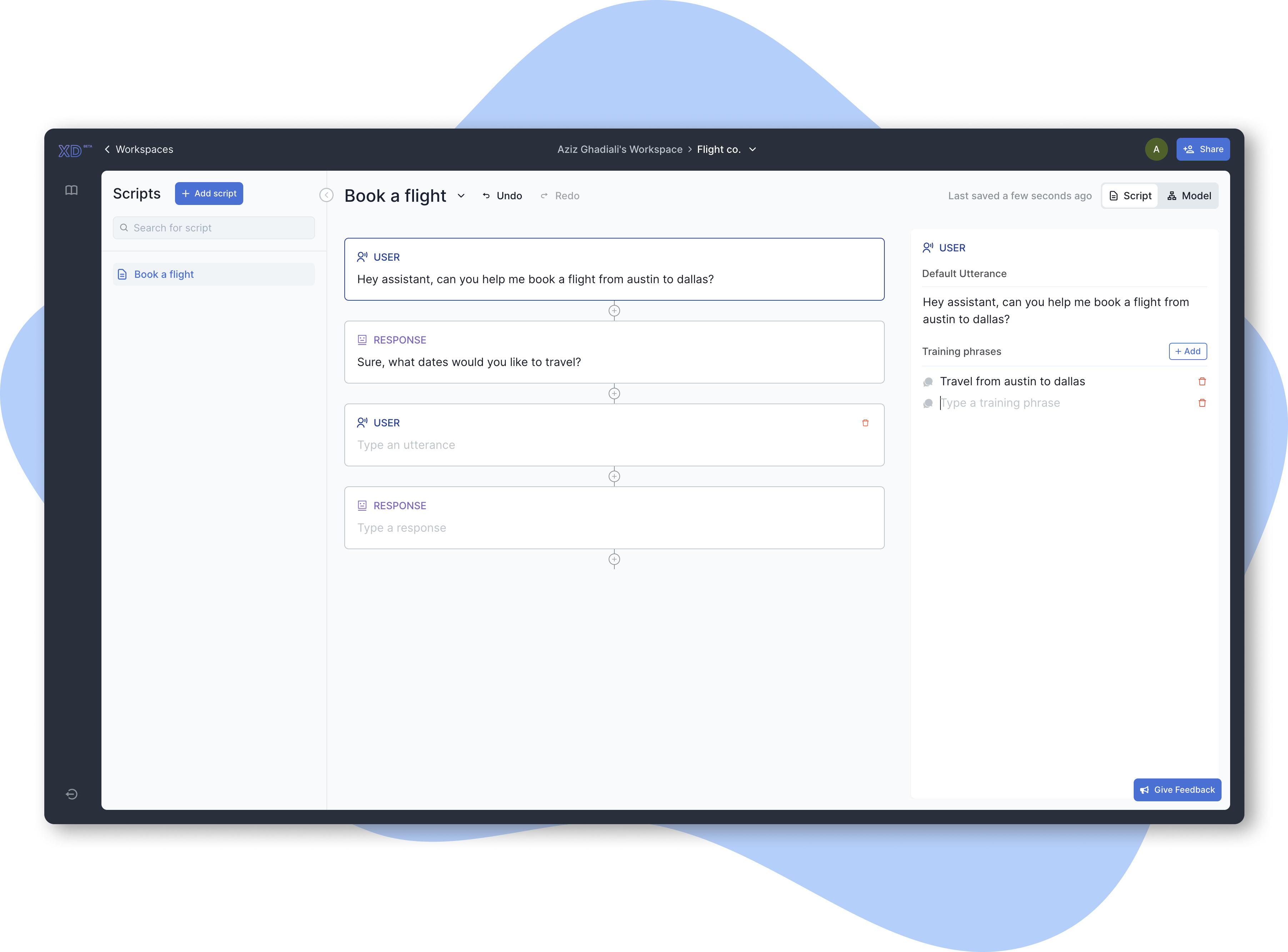 To create a new script, click on the add script button. You can change your script name by clicking on "Untitled script" and typing in a new name. You can view all of your scripts and branches in the left side panel.

To add a new utterance or response you can simply click on the node and begin typing. Once you click out, your changes will update. In addition, when selecting an utterance or response node, you will see additional related details you can add to or modify such as training phrases and re-prompt messages.

To add a new turn, you can click on the + icon after any response node. To remove a turn your can click on the trash icon next to any user node. (Note: the first turn in a script cannot be removed). When you remove a turn in the middle of your script, the rest of the conversation is automatically reconnected.

Next up: Designing with variables